The time of the year that all children are longing for: Fall Holiday (Herfstvakantie). We met up with Dsankt at Ben’s place for some exploring fun. Unfortunately Ben had some other obligations and it was just Dsankt and me that hit the road. I had some vague intel of an interesting brickwork sewer in the south of Belgium. So after arrival, we checked some potential manholes and went back to the car and put on some boots and high visibility vests, this way we’d look totally legit. Once down the manhole, we where standing in a 2 m high concrete tunnel. While following it towards the inner-city we noticed the pipe getting lower and lower. After following some of the junctions we passed, we decided that this was going nowhere interesting. Back in the daylight, our boots soaked in sewage and clothes filthy, we changed clothes at the car. After a quick snack at the local fair, we went for our next location.

Upon arrival we saw a huge impressive building, once producing tons of steel for the international market, now outcompeted by cheap Indian and Chinese steel. A fate many steel factories in the west had. This one however was not a 100% abandoned and the on-site security would require some more stealth. 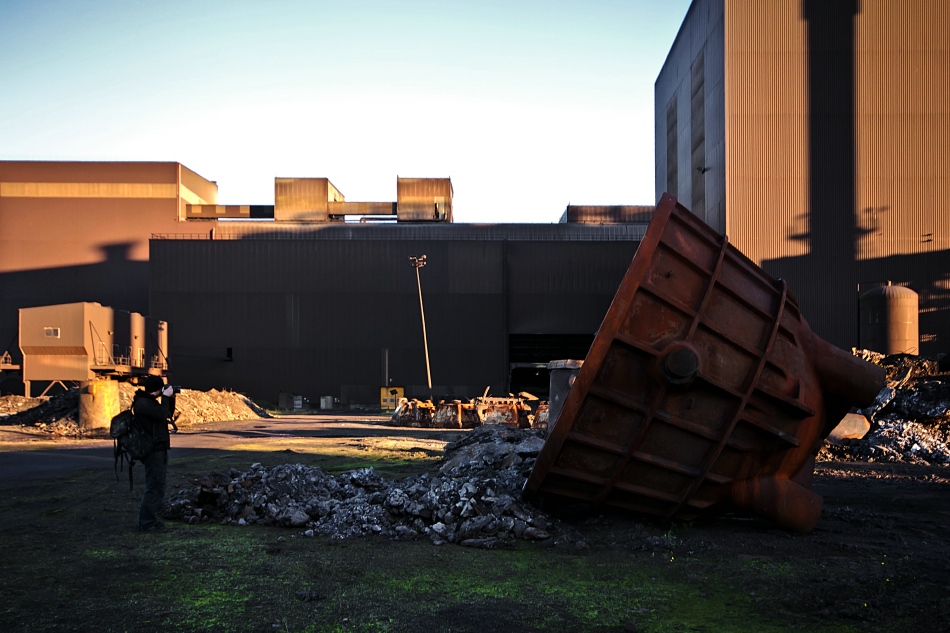 While walking, or rather sneaking around this factory, I was constantly amazed by the size of this building and all the equipment used in it. Cranes the size of houses, giant buckets used for pouring molten steel and the fine black powder covering the whole scene. 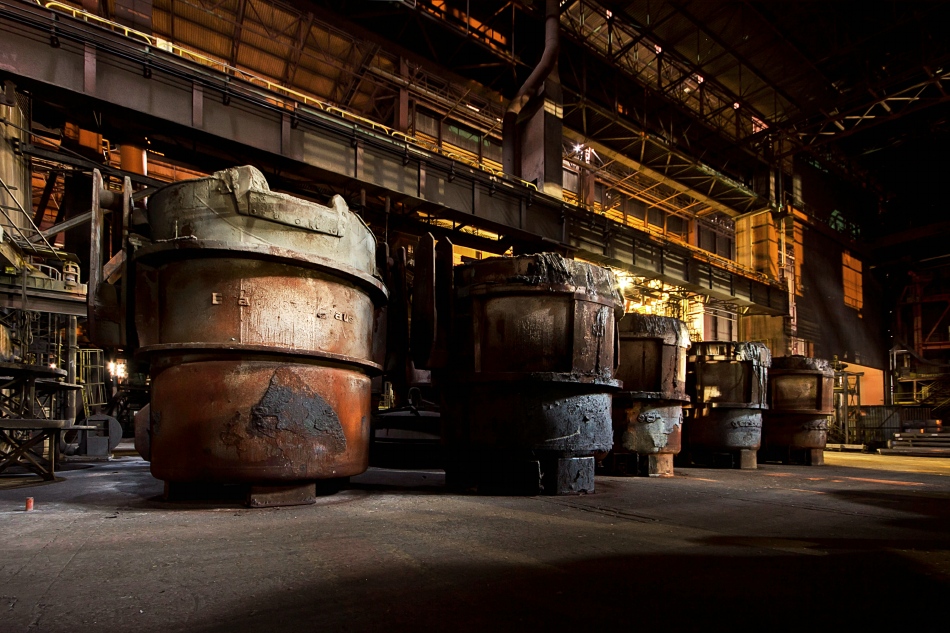 We checked out the roof for a nice view and a glimpse of sunset, since it was already getting late. I must say: the roof is not the most comforting place of the steelplant, since the only thing between my feet and a 40m fall is a few millimeter of steel. Even more unsettling where the numerous holes where seeping water had rusted through.

With both feet safely on the ground, we headed for the exit. After shooting some more pics of the trains next to the factory, we hopped in the car and headed for the opposite side of our little country where we would meet Rouille d’Anvers.

After a relatively short drive (nothing is very far apart in Belgium) we arrived at the Rouille residence. After picking some numbers of a Chinese menu the three of us where ready for the night.

We drove to a nearby industrial area with the intention of exploring a defunct coal-powered powerplant, decommissioned by the government since it was no longer profitable. 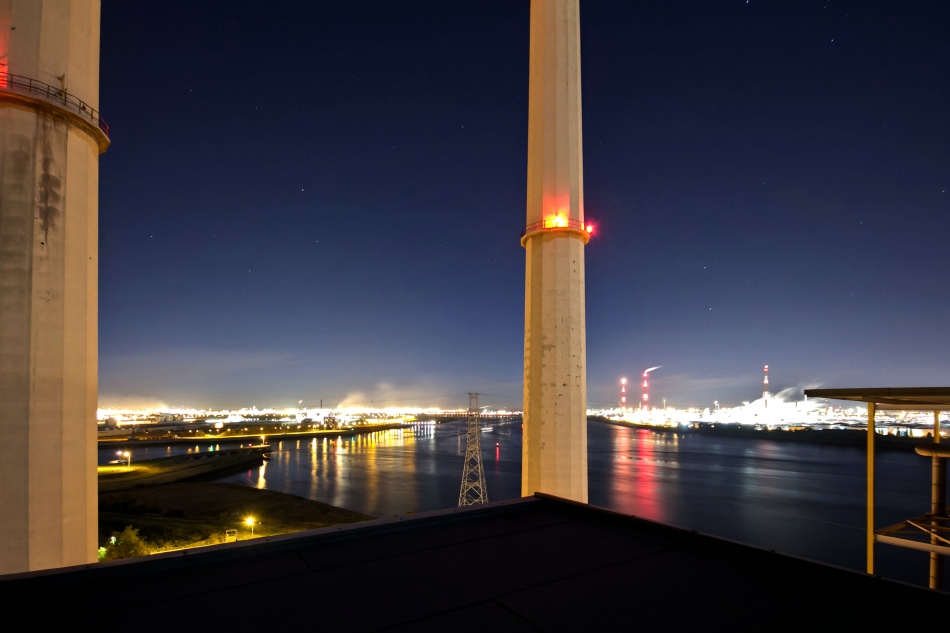 The plant still looked pretty active and it was clear that this again would require some of our ninja skills. After climbing some barb-wire, crossing a field and startling some horses, we realized this was probably not the best way. So we took a paved trail back to our starting point, where we soon found the right way in.

Our work was rewarded with a spectacular view of the harbor’s petrochemistry bathing in bright light. 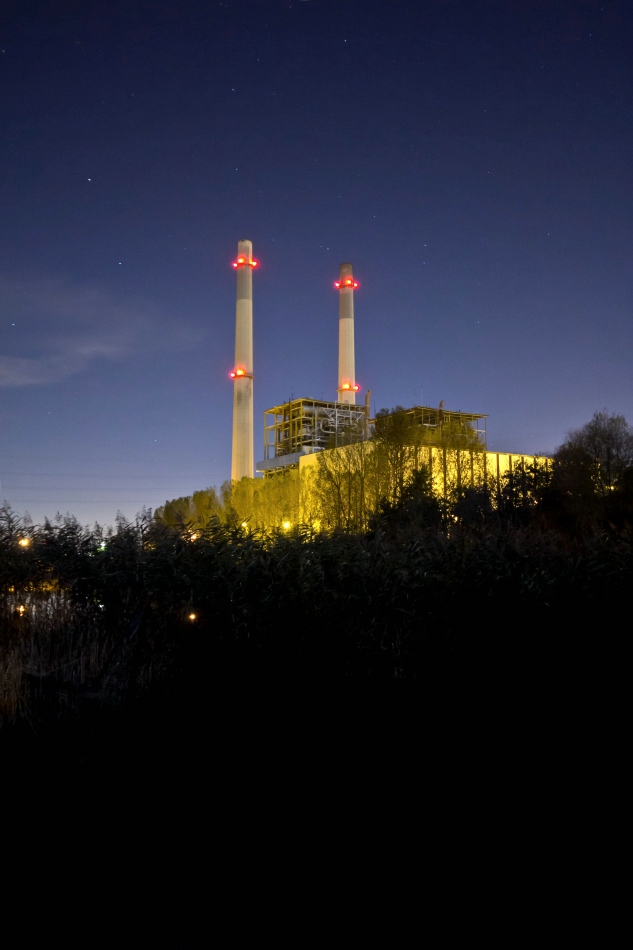 That same harbor is in constant growth and requires new and fast transportation for raw materials and finished products. The next place on our list was a construction site of a train tunnel going under the river, towards the industry. Since there are no rails yet we wouldn’t have to worry about trains. Security or workers however were another concern. 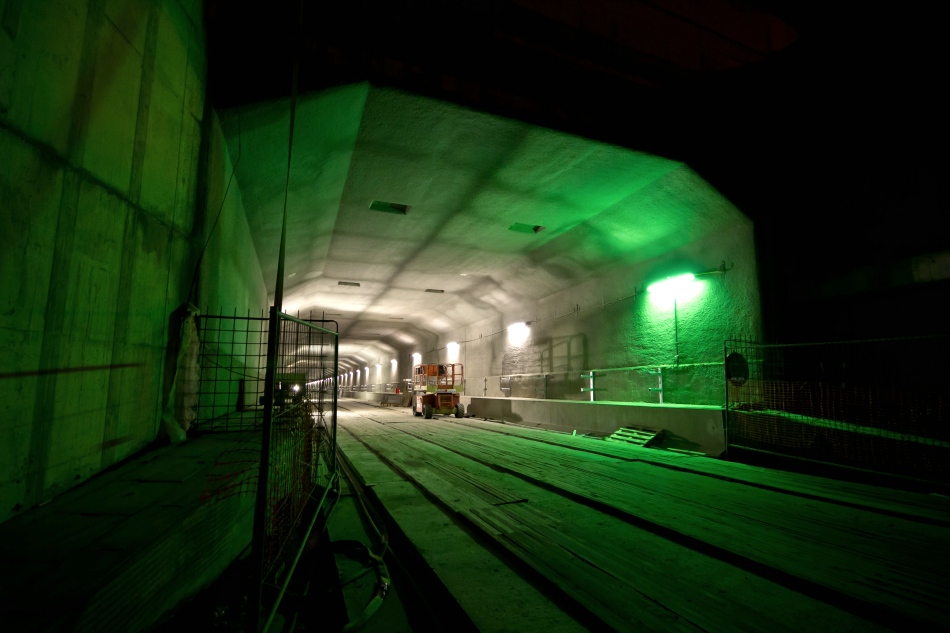 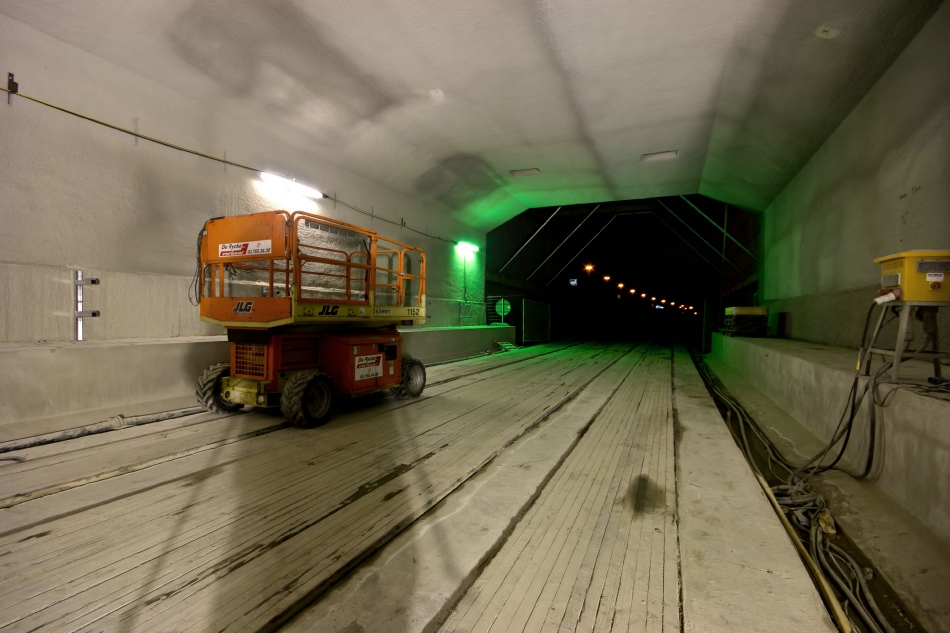 One Response to "Fall Holiday – Part One"