The second derelict building on our little London trip was this turn of the 20th century flour mill. The large building is pretty known and offers a great views on the Docklands, The O2, the Thames Barrier and eastern London. The original mill was built in 1905 by a company from north England: W. Vernon & Sons. It was named after Millennium Flour: their award winning flour mixture. After being partially destroyed by the explosion of a nearby munitions depot during world war one, the company Vernon & Sons was bought by the Spillers company, and the building site was rebuilt in 1933 in art deco style. Spillers owned the Millennium Mills until it was shut down in the early ’80ies. Despite some efforts of repurposing the building, it still stands abandoned today. 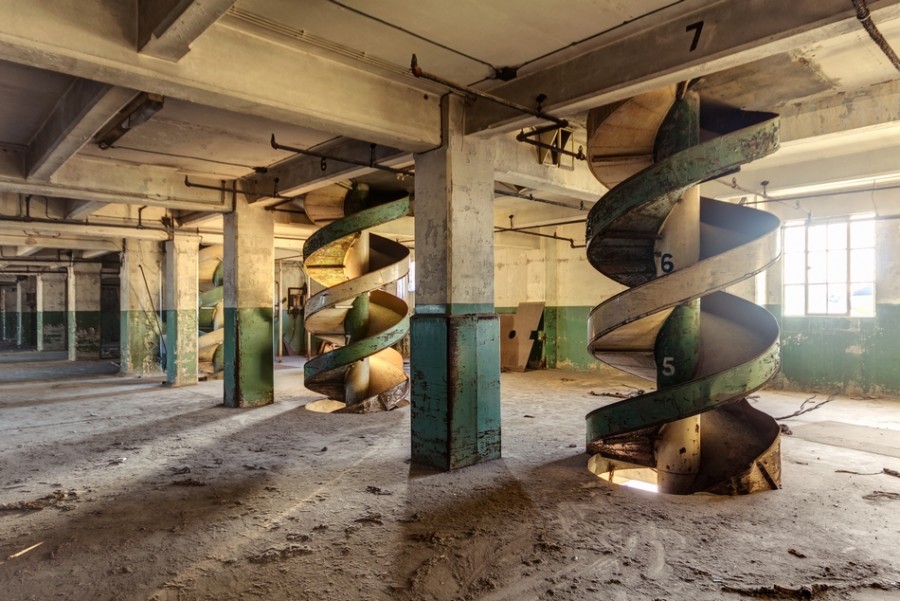 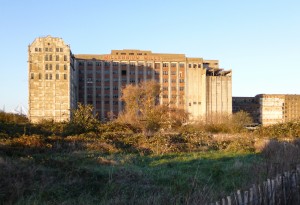