Mine n°5 was established in 1956, then roads where built, cable car connections and power lines laid. 3 years later, the first coal was extracted from the mountain in the Endalen (literally first valley or valley one). The mine was operational until 1972 when almost 3 500 000 tons of coal was dug up. The buildings in the Endalen lie abandoned for over 45 years. The mine is nicknamed Olav V’s mine, after King Olaf V of Norway, who came to the throne in 1957 during construction of the mine.

As we left the Taubanesentralen we could already see mine 5 in the distance, just at the beginning of the valley. The view of the mine is dominated by the concrete building containing 5 silo’s and coal hoppers. Next to it we could see the start of the taubane. The rear part of the mine is clearly much older, as most buildings and structures are made from wood and sheet metal. Ironically the wooden part of the mine seemed in better condition than the steel and concrete one.

We climbed up to the mine entrance on the wooden base of the transport rail. Part of the wooden buildings have been swept away by landslides and avalanches over the years. We also found the actual mine shaft closed on purpose by detonation. Many electrical wires could be seen coming out of the debris. 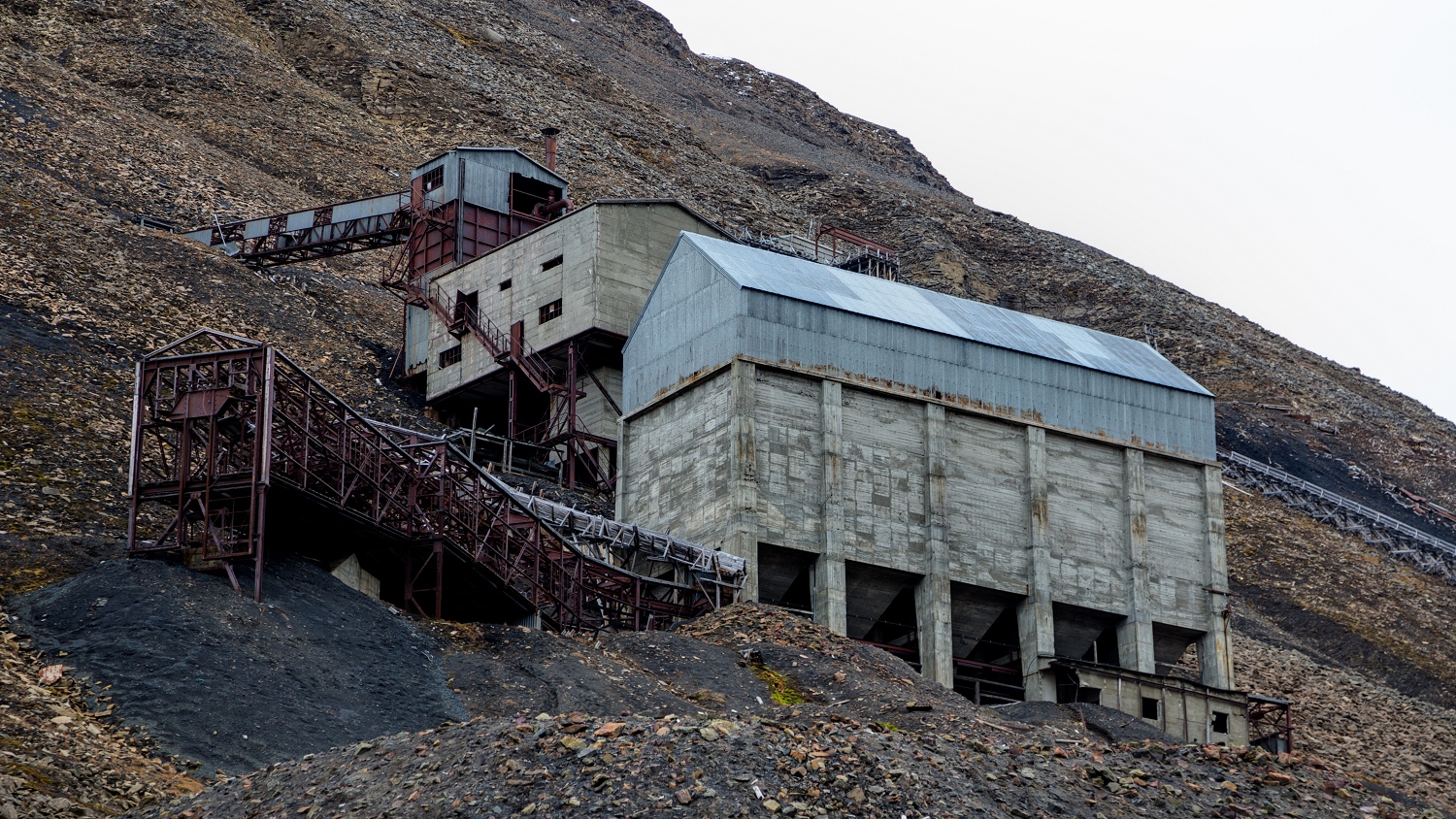 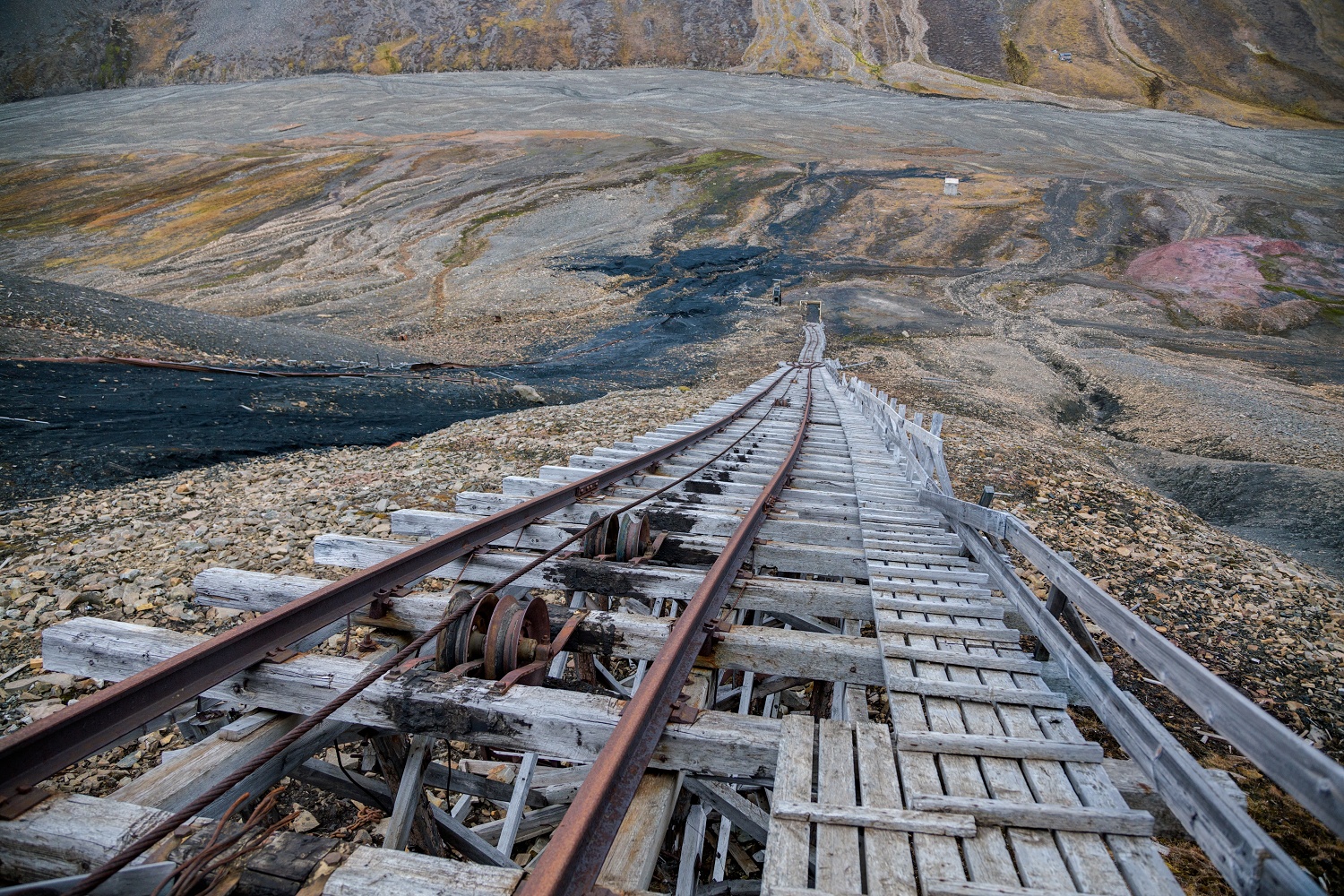 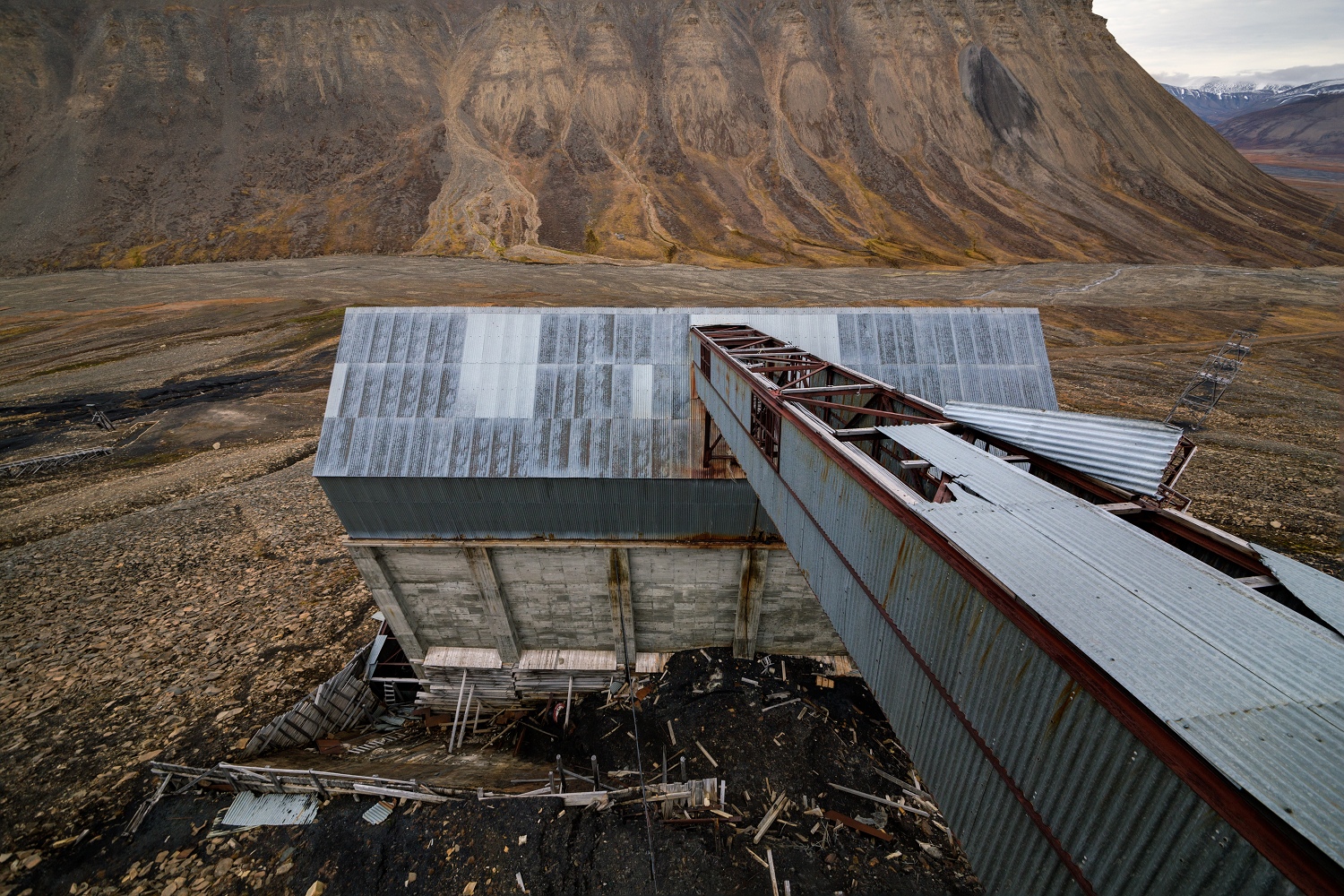 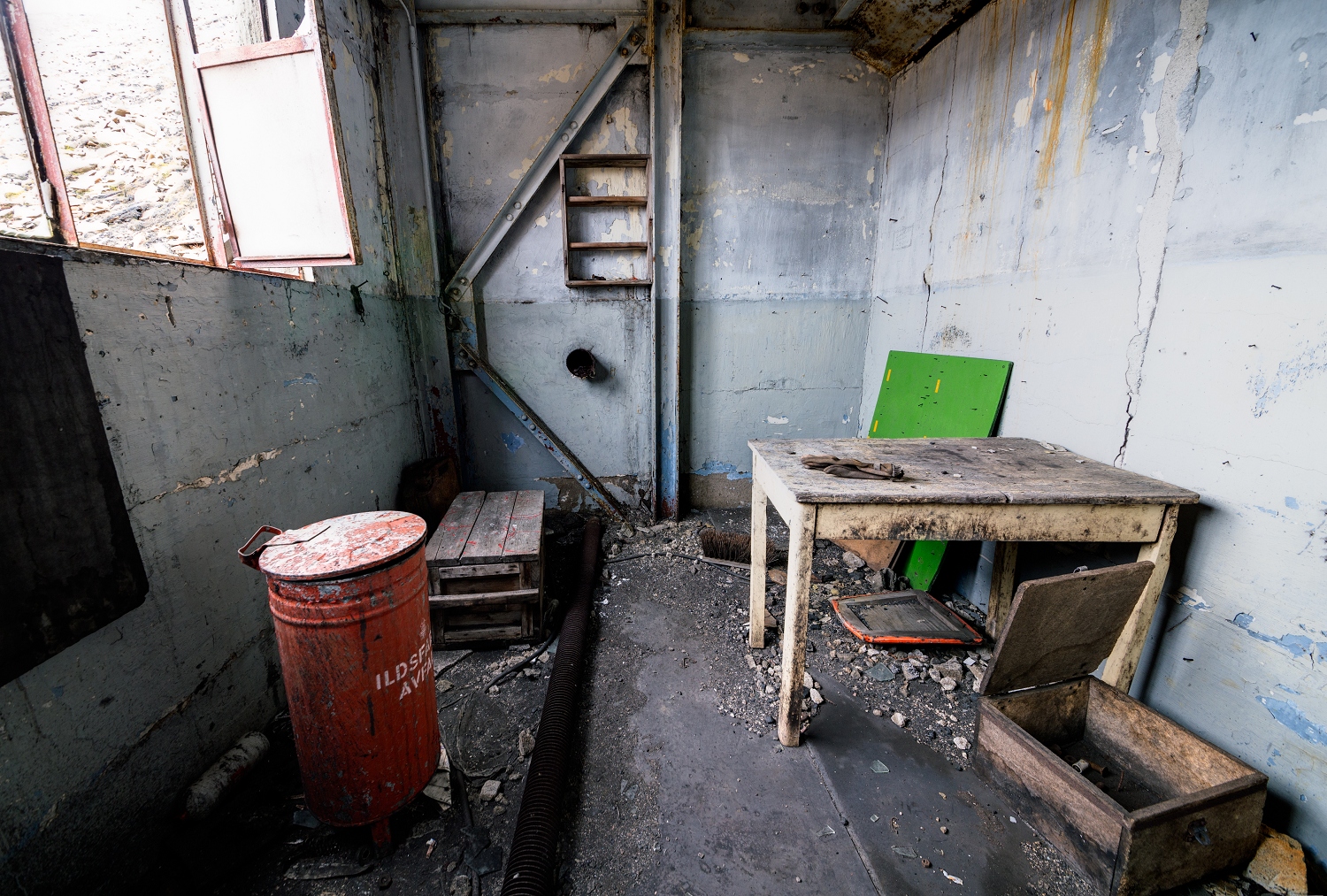 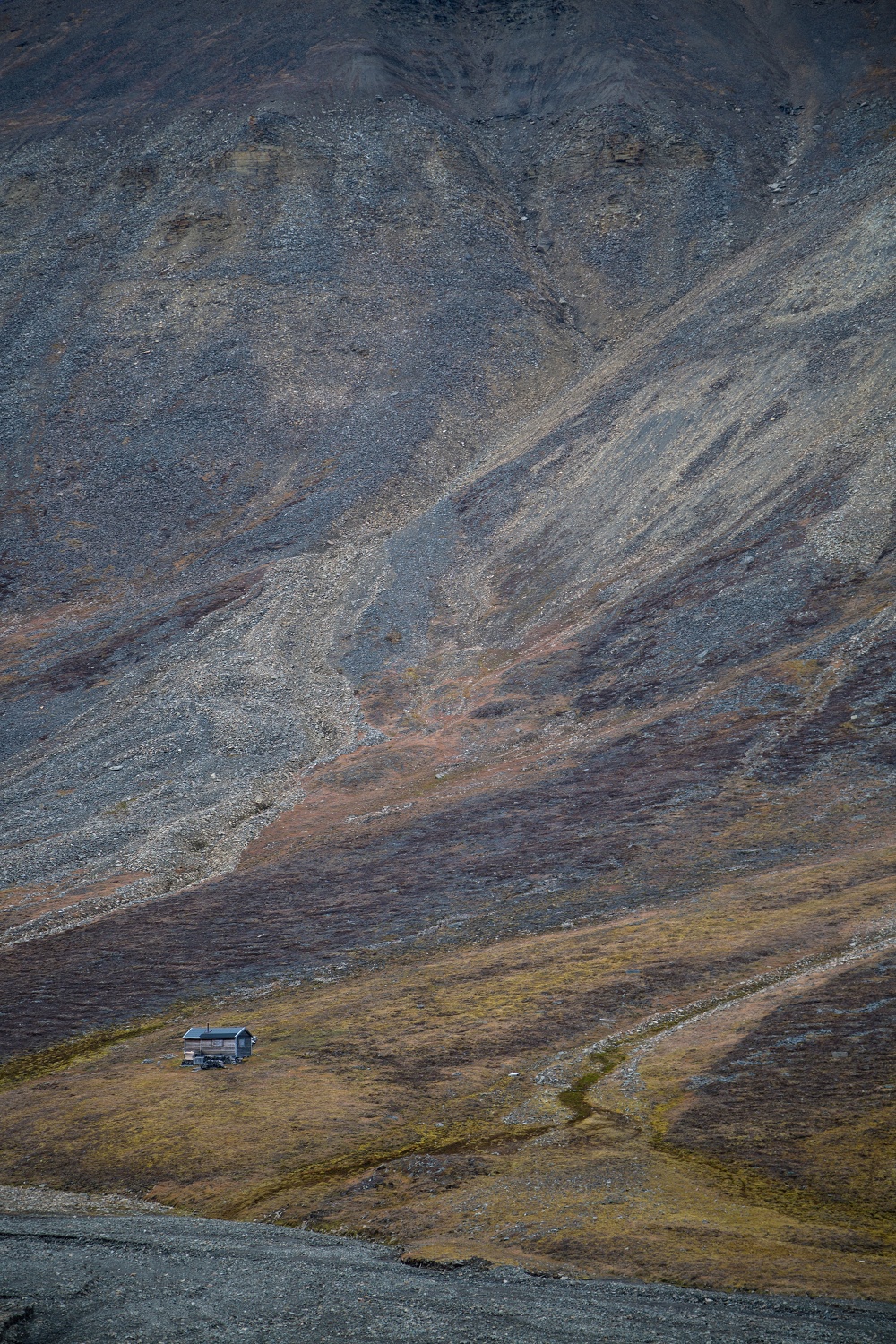 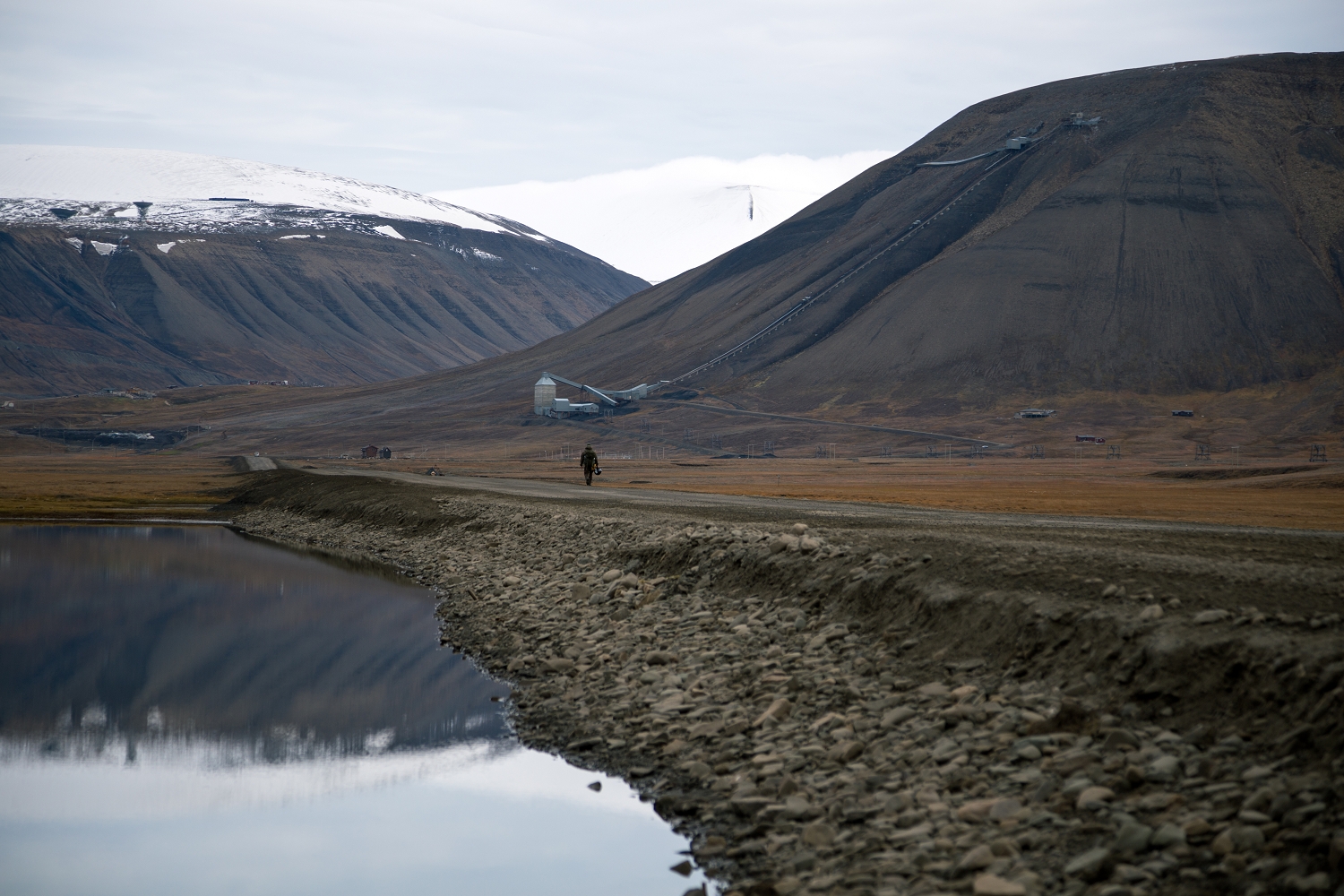 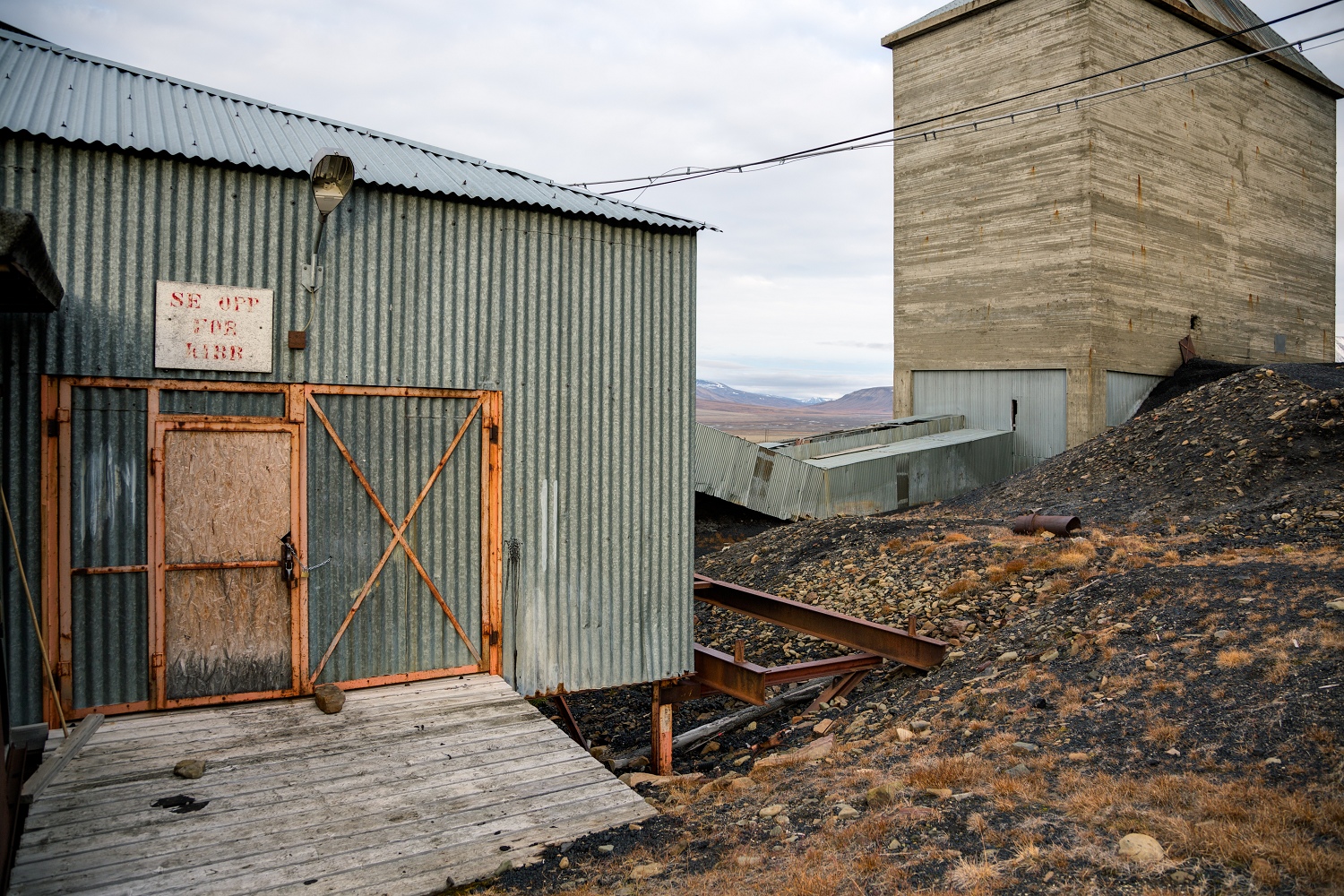 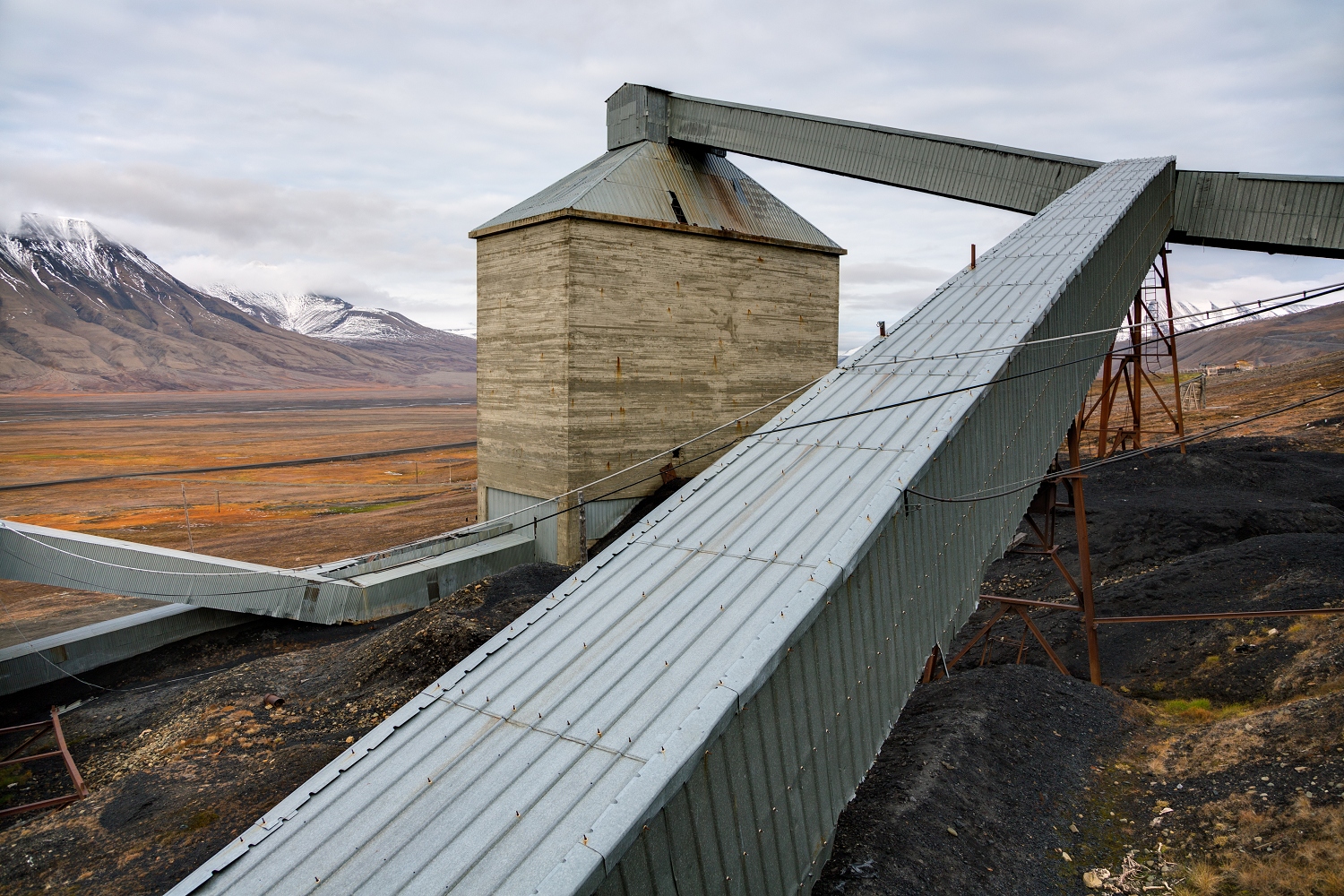 As it was getting late and we still had a long and uncomfortable bike trip ahead, we decided to to climb up the slope to the actual mine. Maybe some other time… 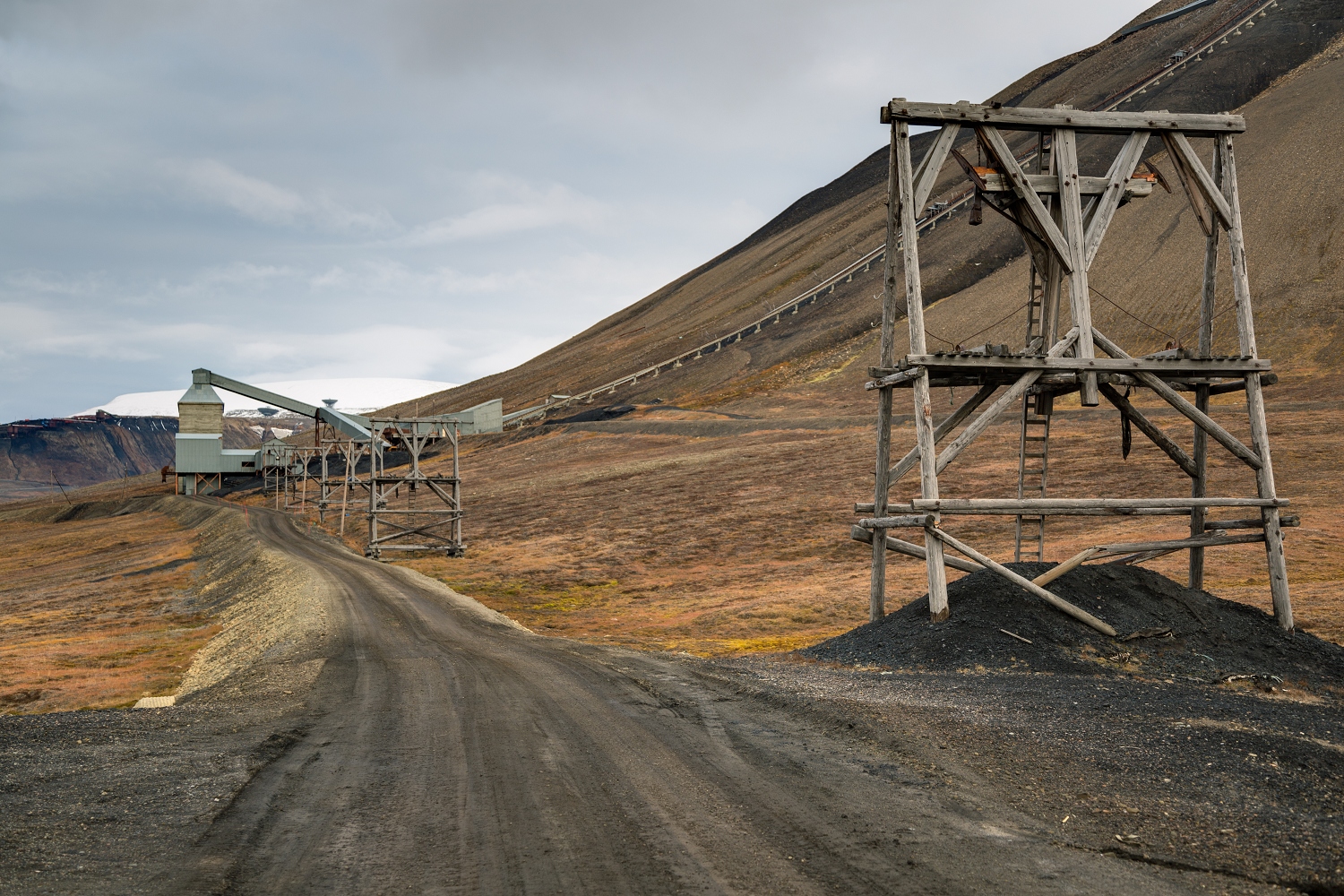 When we walked along the taubane, back to our bikes, we noticed strange things hanging from underneath the wooden structure. upon closer inspection we saw that it where seals hanging from a noose, a lot of them. We still have no idea what they’re for, maybe to distract polar bears from the dog kennel nearby? 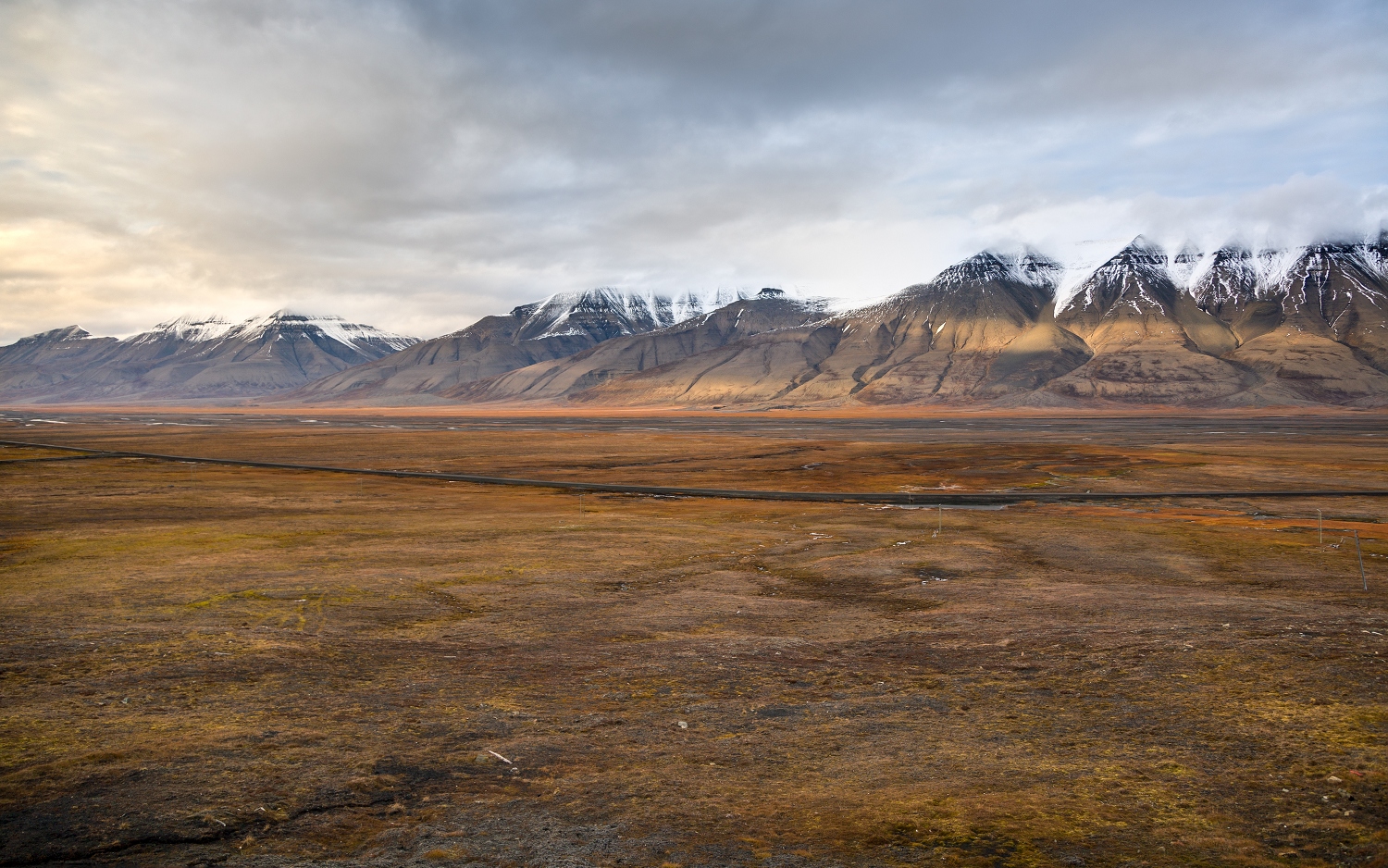