This report is part of my trip to Svalbard, more here.

Amidst a small valley, surrounded by inhospitable steep cliffs, lies the Russian miner’s town of Grumant (Грумант). Established in 1912, right next to the coalmine, the population peaked at over a thousand residents in 1951.The town was abandoned in 1965. Most valuable materials have been removed by the Russian Arkticugol mining company and brought to Barentsburg (Баренцбург) to be scrapped and shipped off.

While Gumant is not that far from Longyearbyen (about 10kms), one does not simply walk there. The cliffs are very steep with lots of loose stones. We contacted a local tour organizer to bring us to Grumant on a dinghy. We would then walk along the coast to the abandoned port of Colesbukta (Russian for coals bay), where  we would be picked up at 6 pm sharp. Our driver said he would wait an hour for us and then alert the Sysselmannen, assuming we would be lost or worse, eaten by a polar polar bear.

The journey to Grumant took us by some spectacular sights of the cliffs and valleys. All of a sudden the steep hillside opened up to reveal to us the town of Grumant. Only about five buildings remain, but the visible foundation of other buildings suggests Grumant was once a lot bigger. The main building is a big living block, parallel to the seaside. Above the buildings we could see many old mine entrances, as well as what appeared to have been a blacksmith workshop. 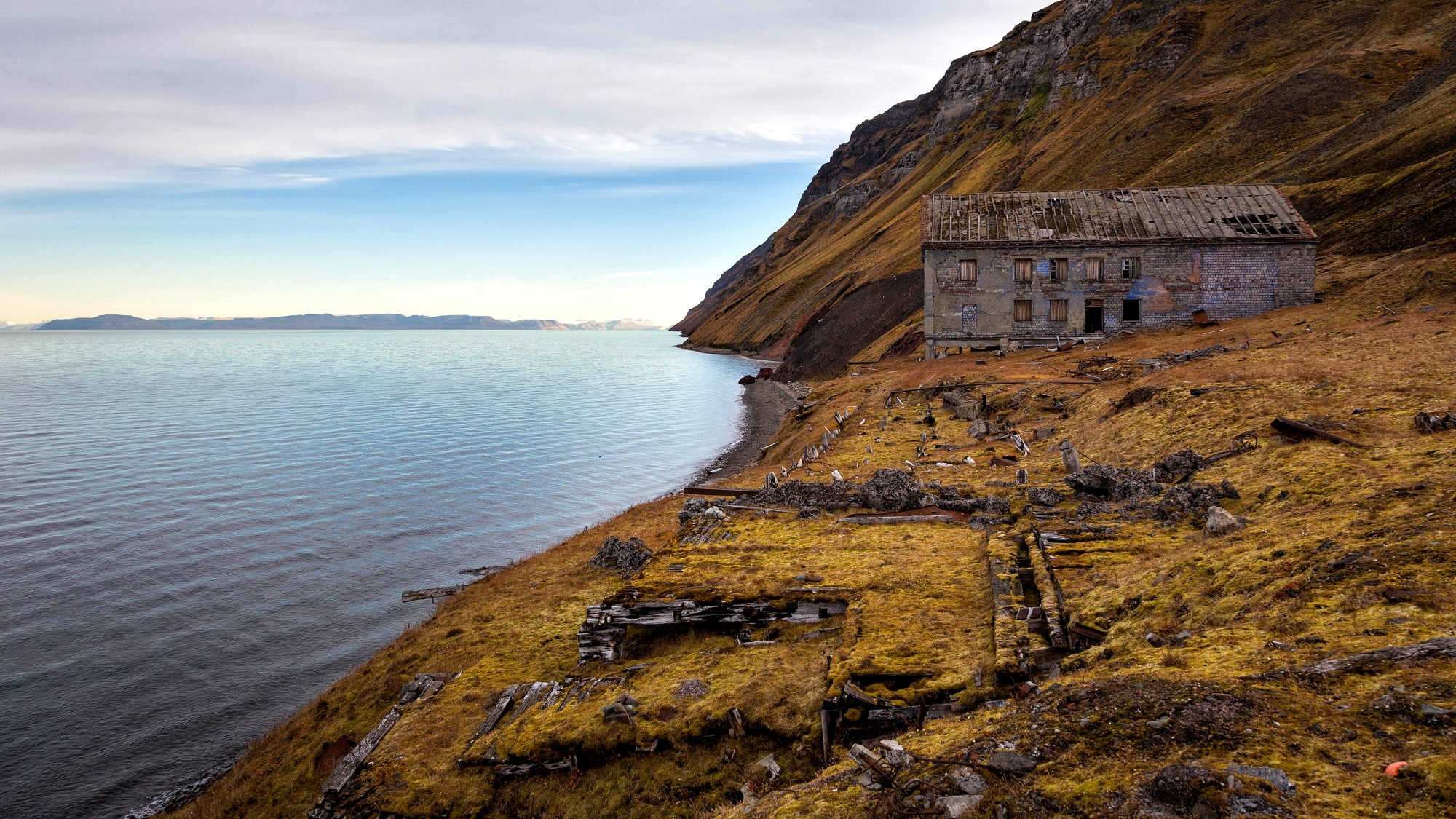 Once the roaring of the dinghy’s engine disappeared in the distance it felt really quiet standing in the middle of this abandoned town. No cell phone reception, not a living soul nearby and no contact with anyone until 6pm. 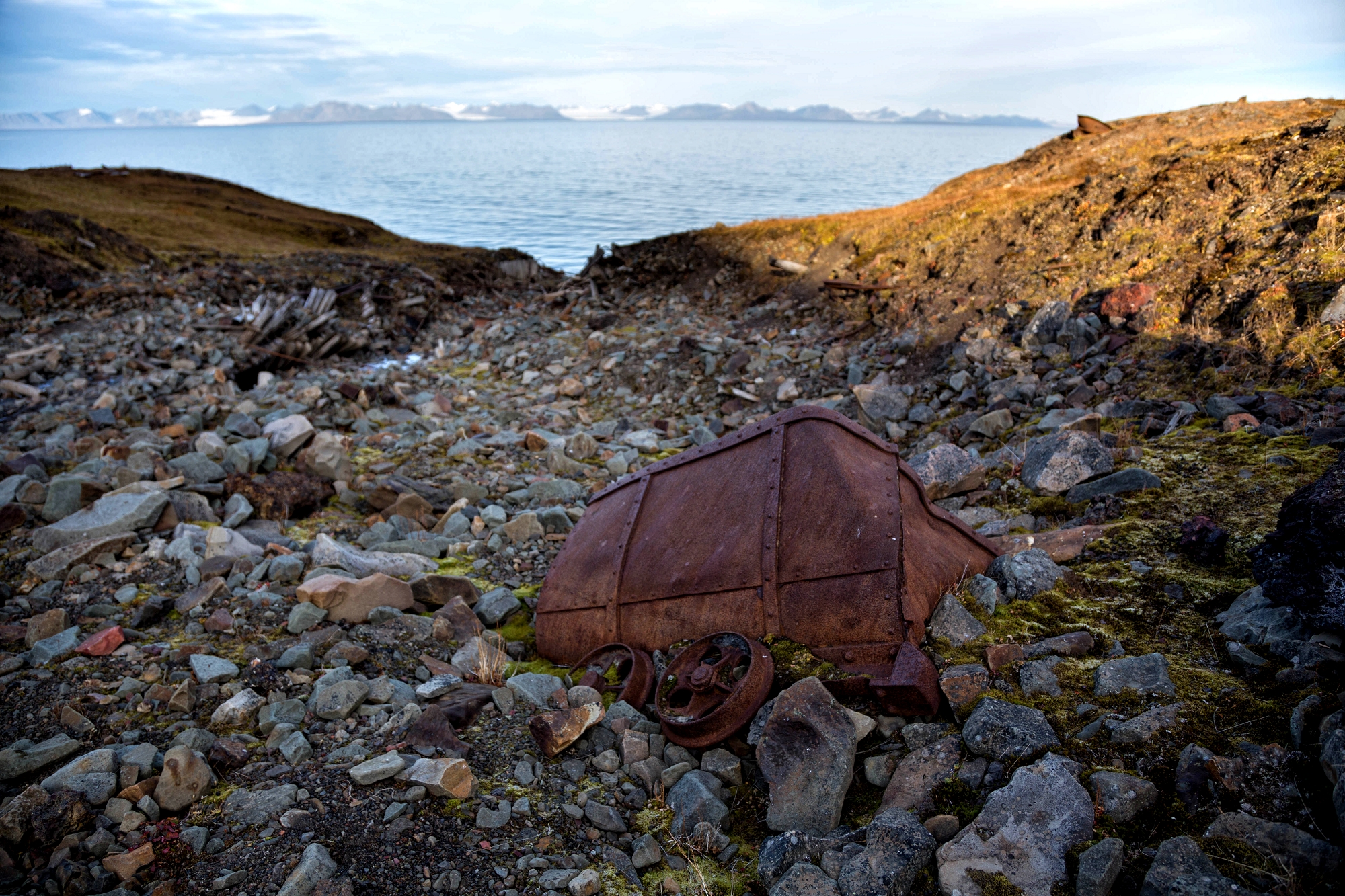 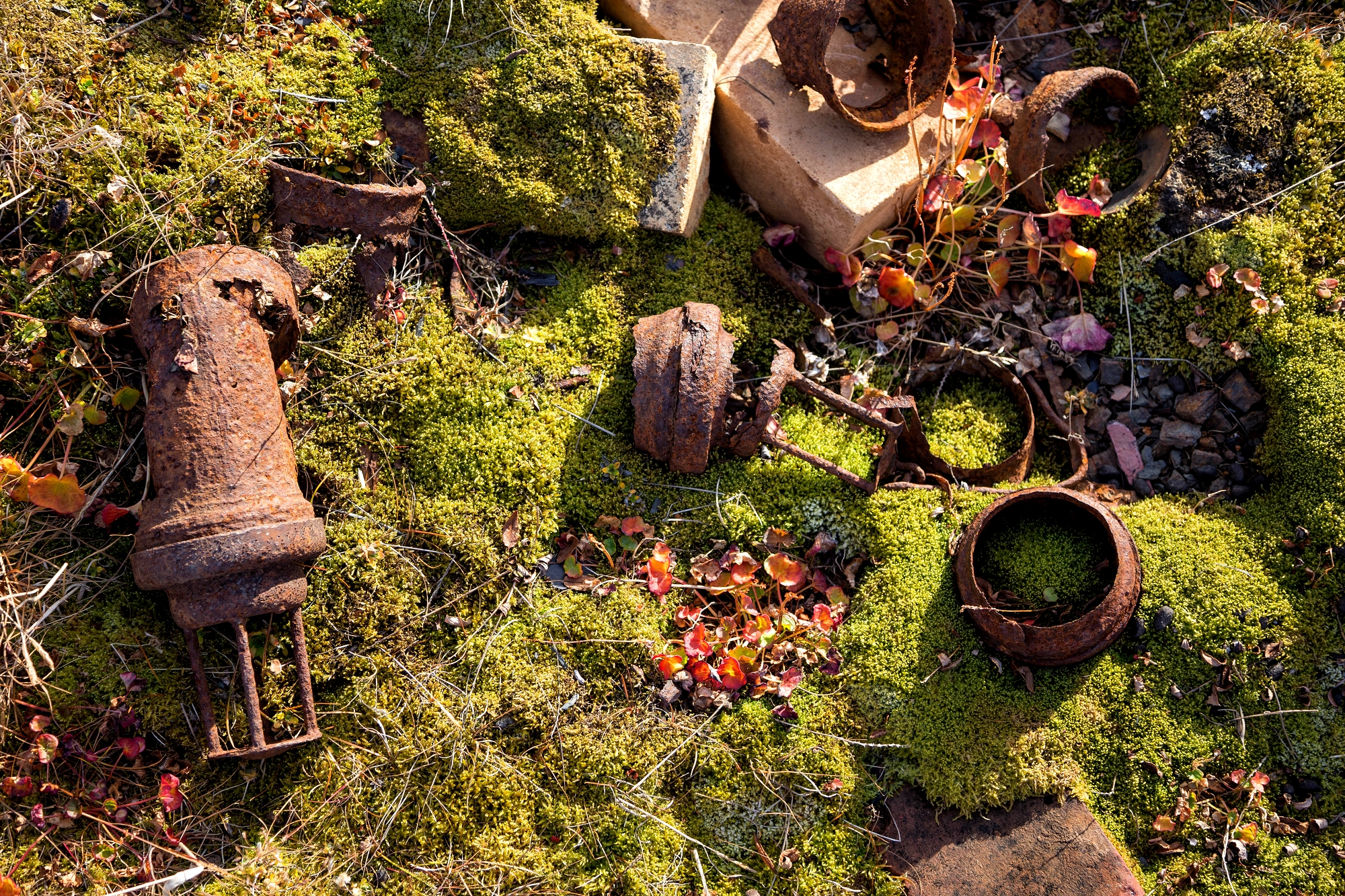 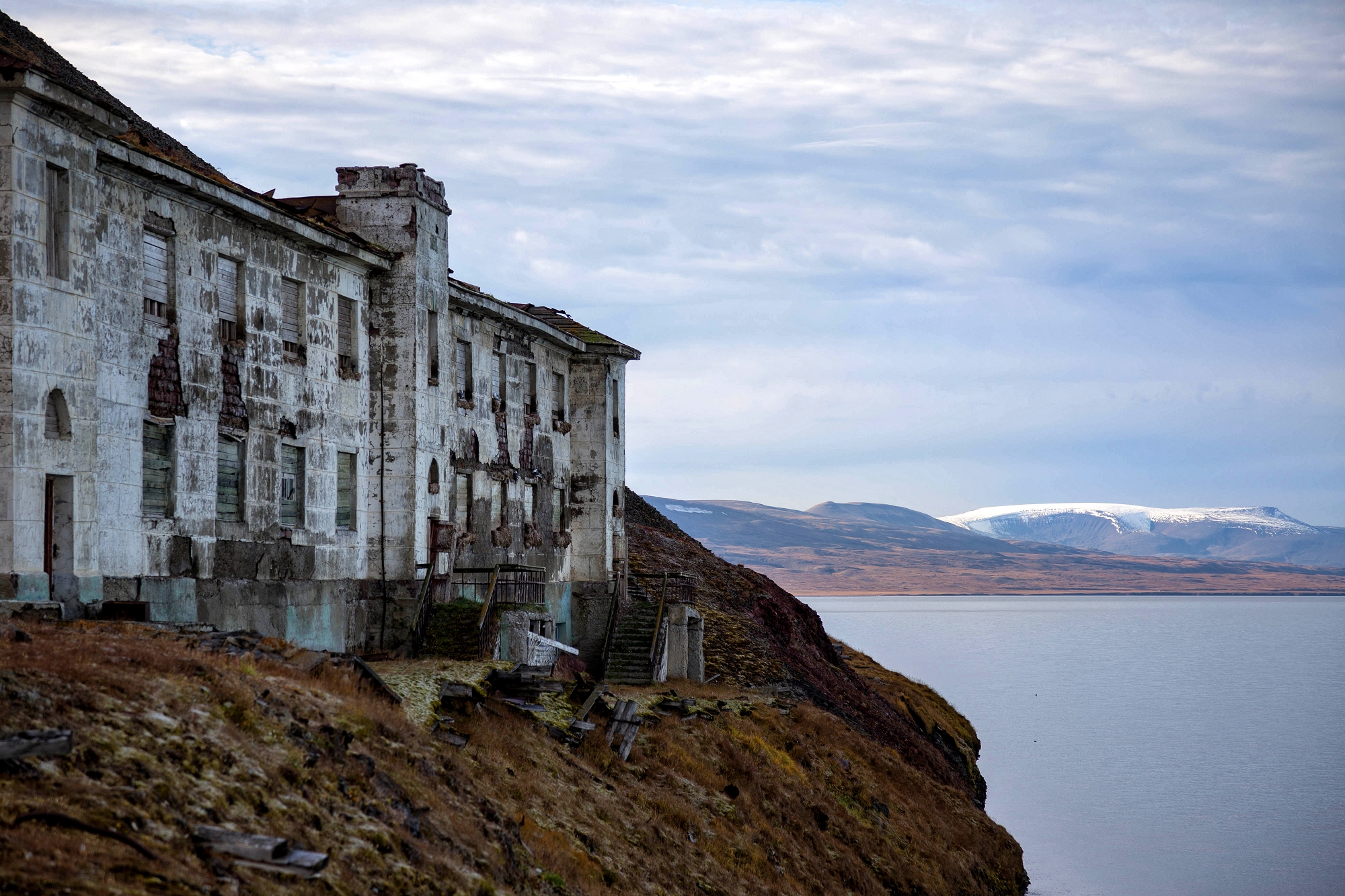 All coal mined in Grumant used to be transported by a narrow gauge railway to the port of Colesbukta, where it was loaded unto ships. As the railway was constructed on relatively flat ground, the hike shouldn’t be too hard. 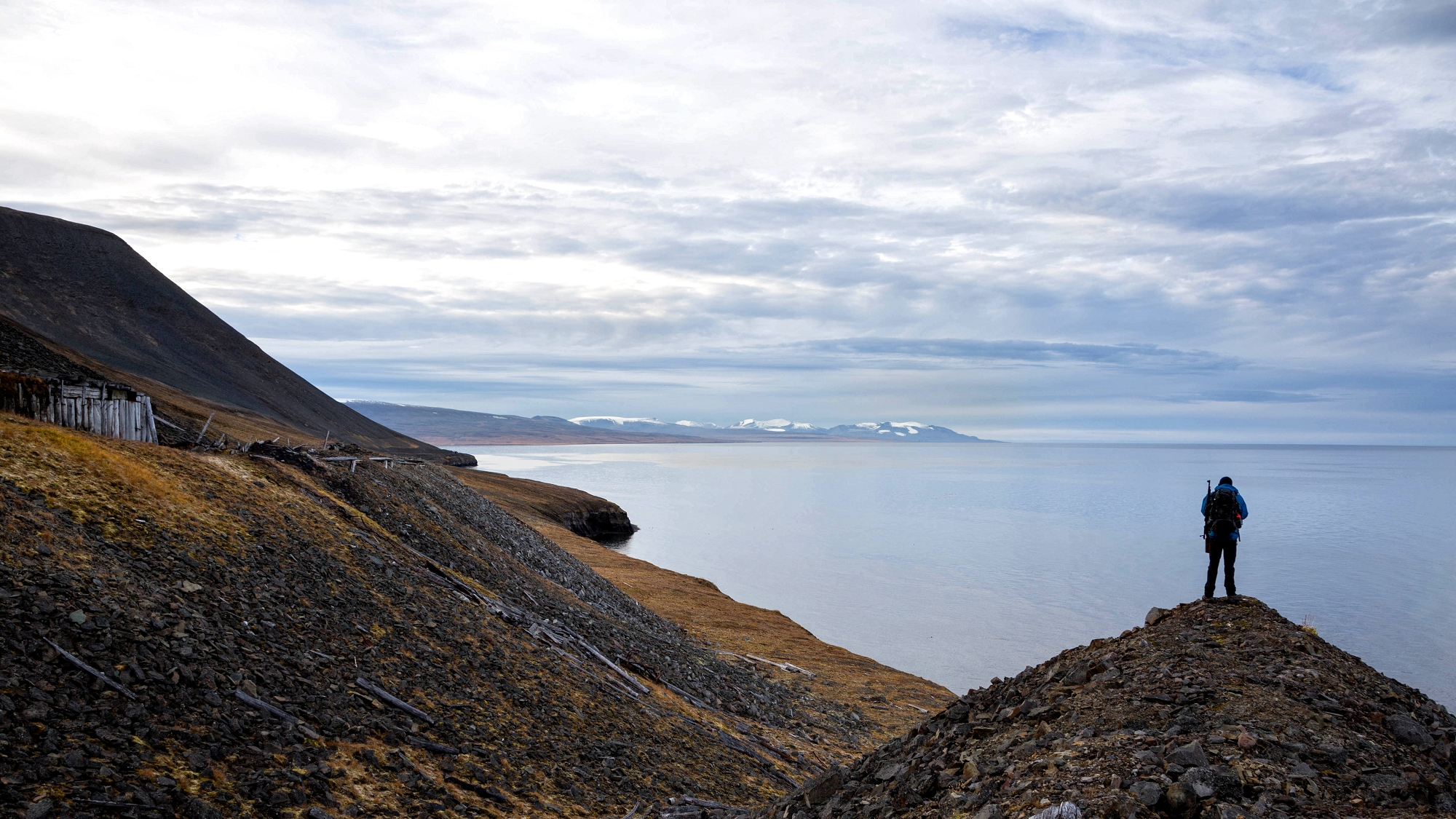 After a while we saw this part, with the wooden cover still intact. We could also see that the carts must have been electric, since many overhead power lines are still visible.

Lunchtime! We stopped at this little stream to cook some lunch and make some hot coffee. The view was absolutely breathtaking. 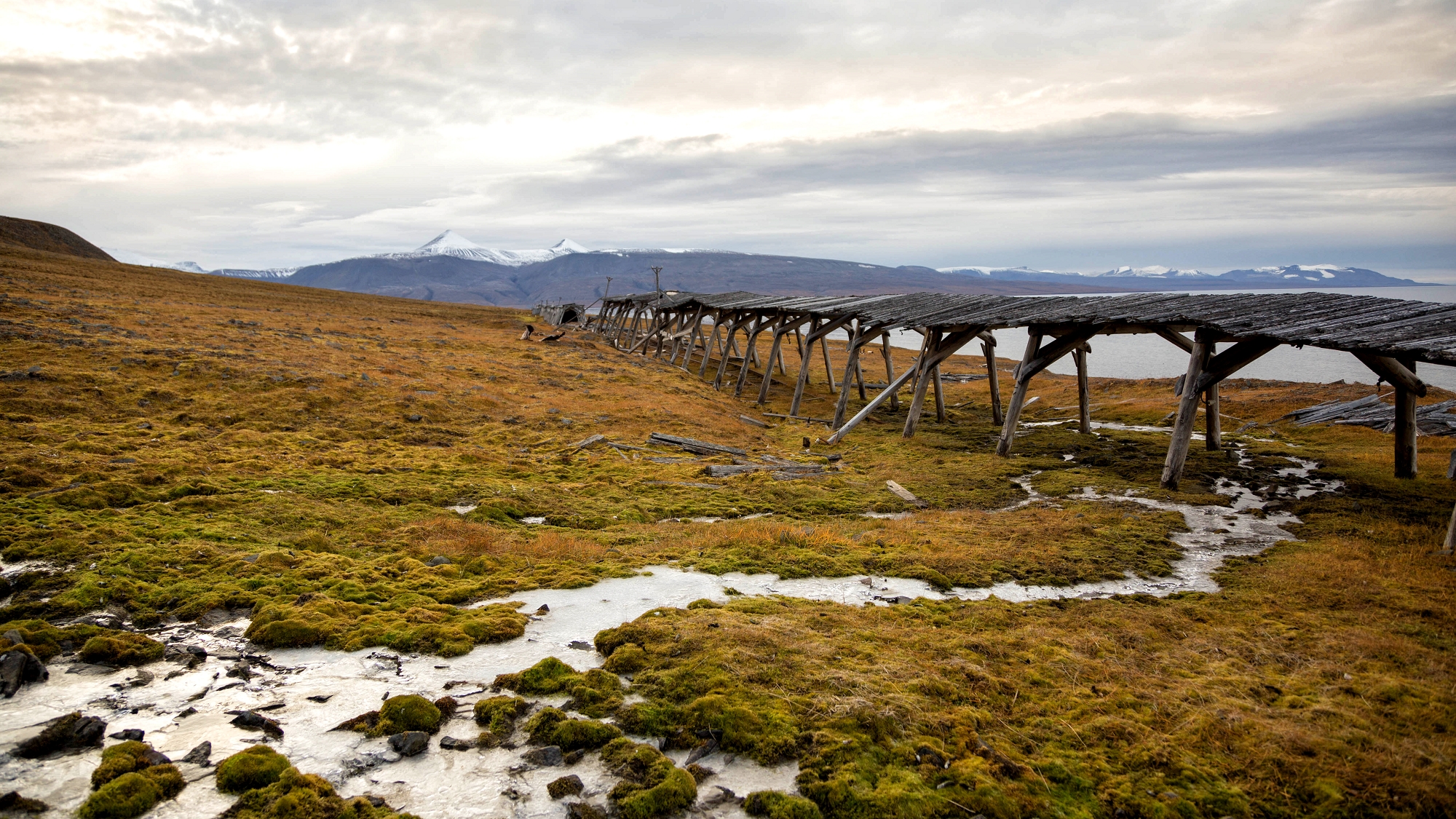 After a while we saw a little red cabin in the distance. This one was named the Rusanov cabin, after Vladimir Alexandrovic Rusanov, Russian polar explorer. Rusanov led a government expedition to Svalbard in 1912, to investigate the potential of coal mining on Svalbard. Rusanov named this location Rusanovodden and build a little cabin. Years later people recreated the cabin and built a small museum in his honor. The cabin is open for anyone who needs it, has a wood stove and plenty of sleeping spots.

From the cabin, we could see our final destination: Colesbukta. This town is a bit bigger than Grumant and in noticeably better condition. It features two warehouses, two piers, several houses, a canteen and a coal processing plant. There’s still a crane in the port and a ship sunk in the harbor. Most houses in Colesbukta are still in good condition and can offer plenty protection during cold nights. 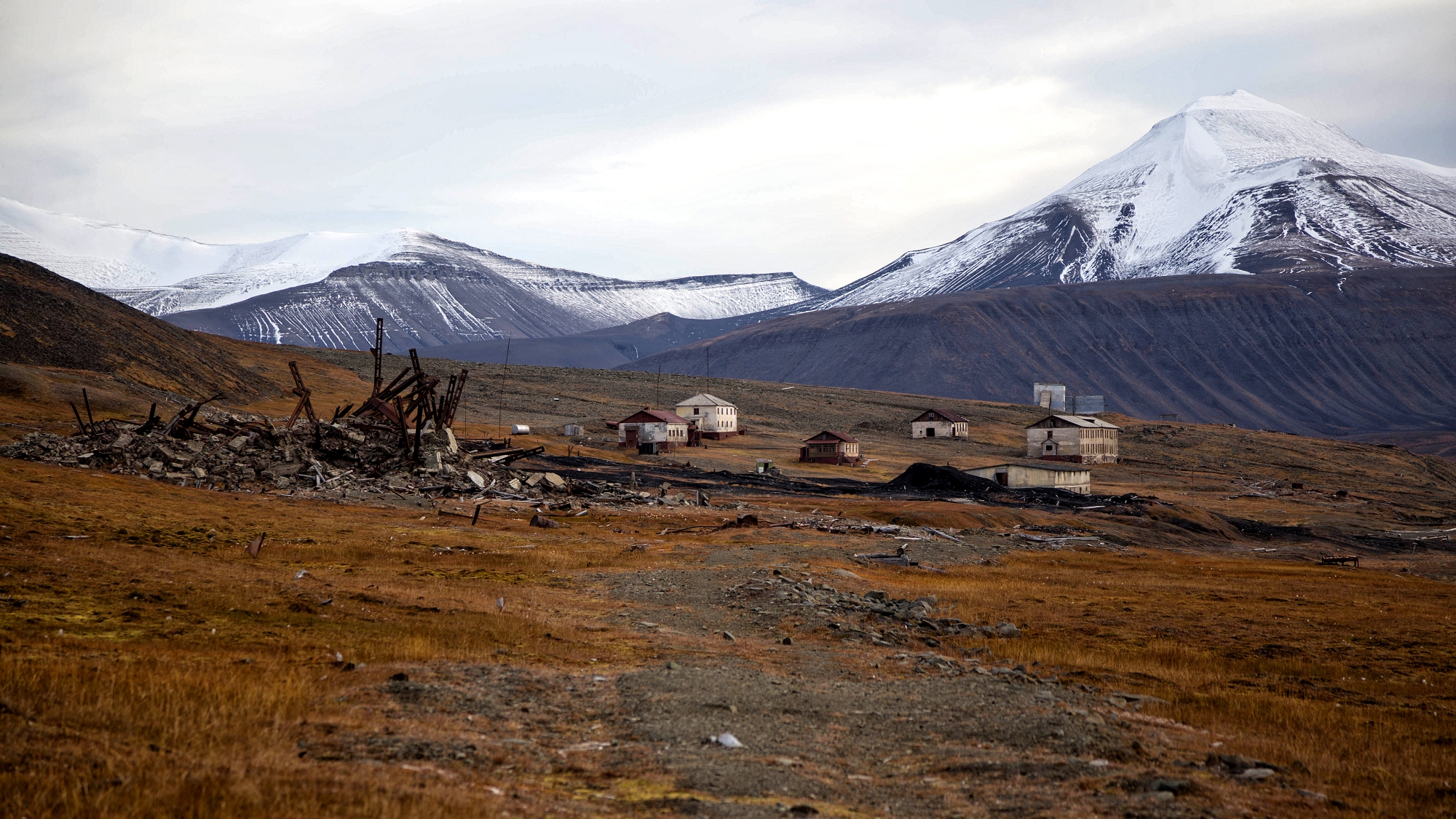 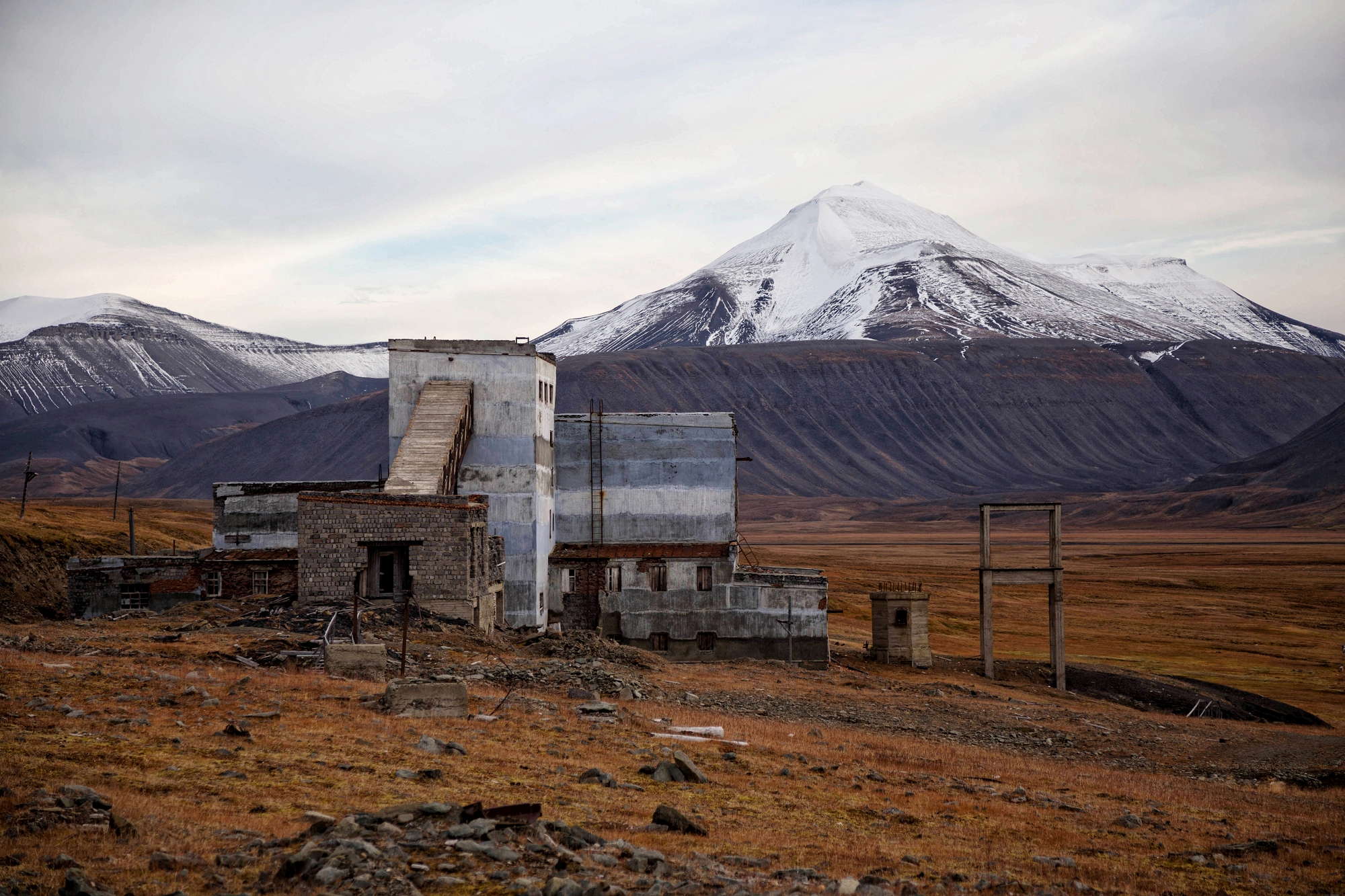 6pm was getting closer and we decided to give the rifle a try, as neither of us had fired a weapon before. We found an old barrel and each had a go. Loud bangs echoed through the bay and upon closer inspection the old mauser was surprisingly accurate. My shot was just centimeters below the bullet hole of Anotherstepaway.

In our last 30 minutes we just sat on the wooden pier and enjoyed the silence. This is how life should be… Suddenly the silence was broken by the distance sound of a motor boat. Our ride had arrived! We went to the end of the pier and climbed aboard the dinghy. After a quick stop in front of Grumant for some pictures we followed the coast toward civilization. 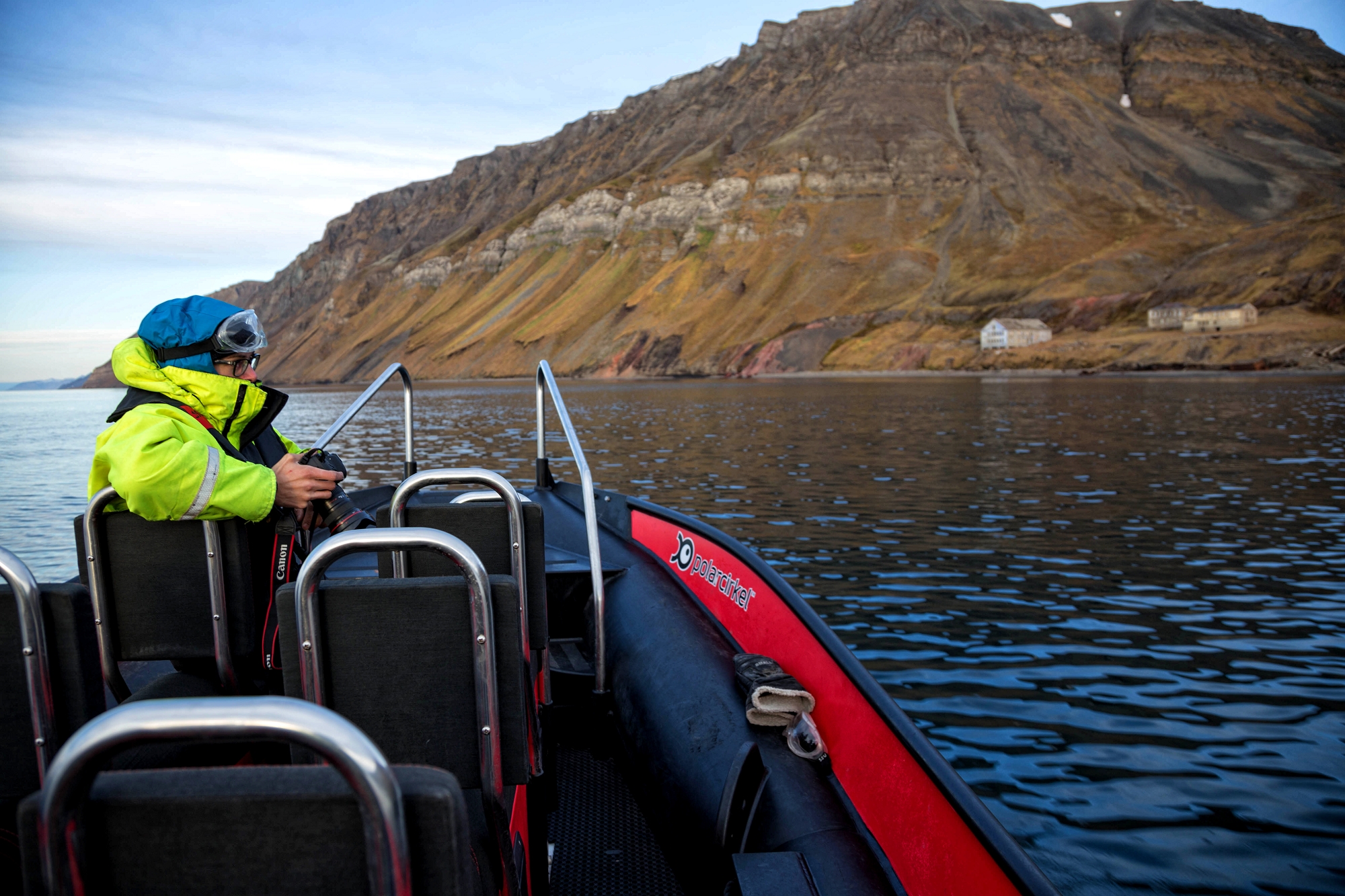 All of a sudden the smooth sea was interrupted by a spray of water shooting up. Whales! A group of minke whales passed right in  front of the boat. Our last day on Svalbard could not have ended better.