Time to gear up once again, waders in the trunk of the car and we’re on the road. I had heard about an underground river that gives access to the city’s defensive walls. After some extensive search we had a good lead. When wading through the river for a while, we arrived at point where the river went underground, so we went with it.

About halfway there was a smaller tunnel which had been bricked up. Luckily some local rascals had made a hole, big enough to fit through.

Once through the hole in the wall, we found two long tunnels in angle of 90°, much like the image above. We most likely entered a bastion of the fortification. This design of city fortification was created by the Marquess of Vauban, Mr. Vauban upgraded about 300 cities with triangular shapes. 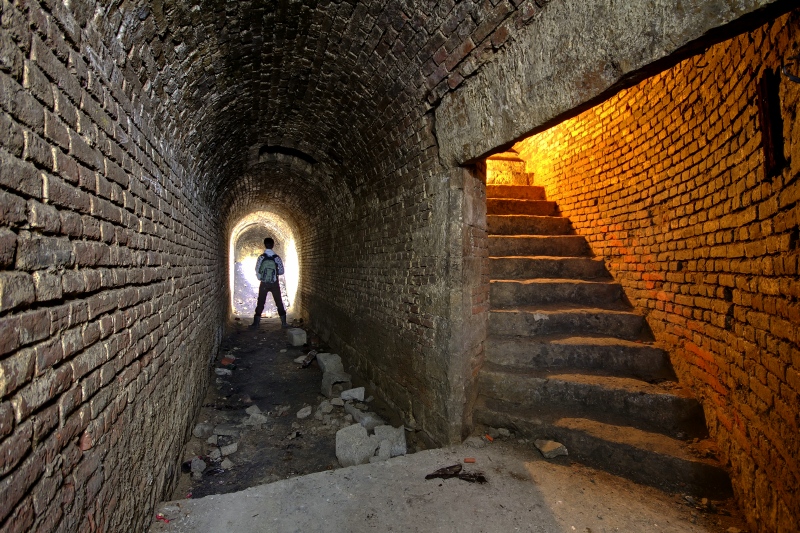 This was at the end of the first tunnel. Once up the small stairs… 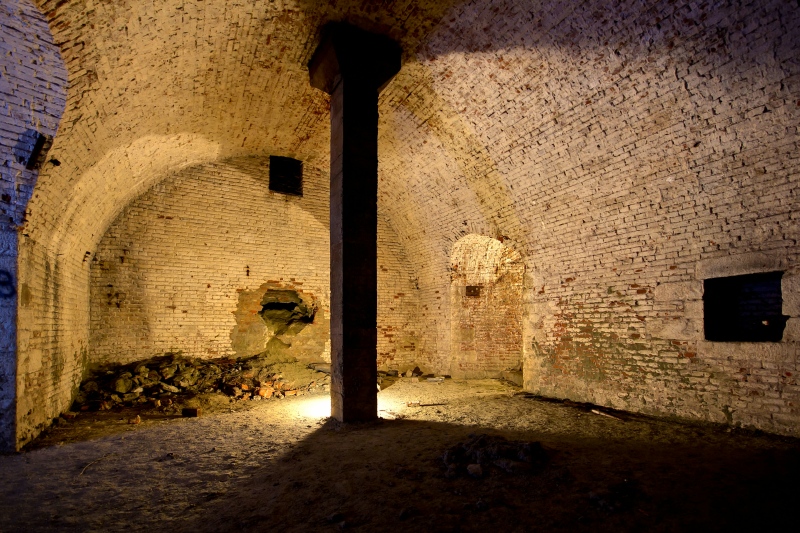 …we found this room, which had some very interesting old inscriptions on the wall. Some of the second world war and even one dating back from 1822. Pity that probably those same rascals had been tagging up the room. 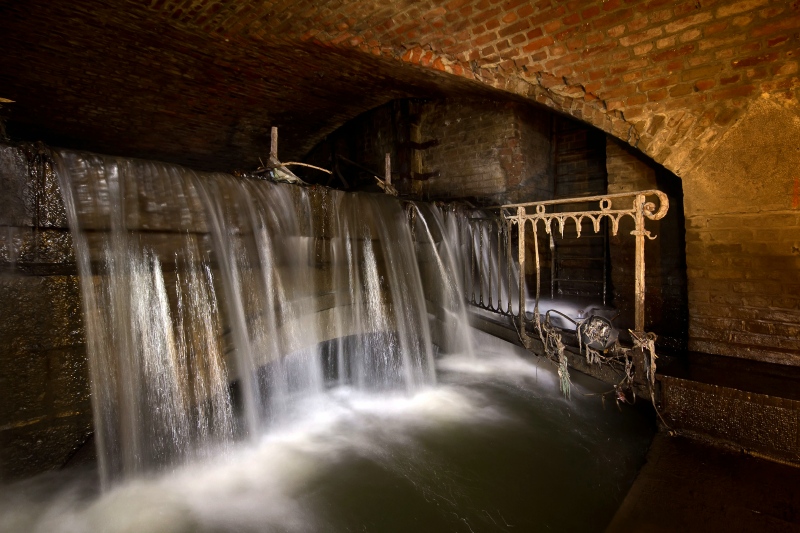 The other tunnel was basically a mirrored version of the first one, only with a lot more collapsed parts. After crawling back through the hole we followed the river as far as it went. This appeared to be the overflow of a second river, as the river we followed went under the stone arches.